Global NO.1 brand to be known to people all around the world 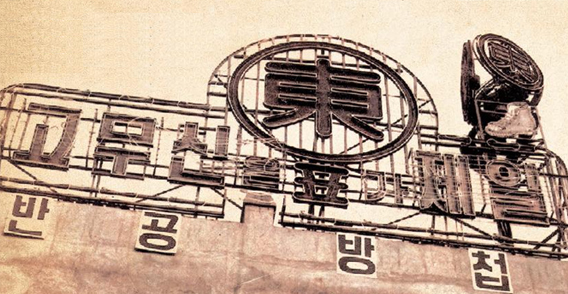 The history of Hwaseung Group started with Donyang Rubber Industry, which had manufactured rubber shoes titled in '東' on Aug. 7, 1953. Since May of 1978 when Dongyang Chemical Industry, the matrix of Hwaseung R&A, Hwaseung established 6 affiliates and have group system in earnest for taking a powerful step toward. At this point of time, with Seung Hoon Hyeon, chairman succeeding Soo Myeong Hyeon, the late chairman, as the center, Hwaseung set up a system of diversified company and transferred its shoes production base to overseas factories. Using Indonesia and Thailand as production base, Hwaseoung had gained a form foothold for a successful overseas expansion. 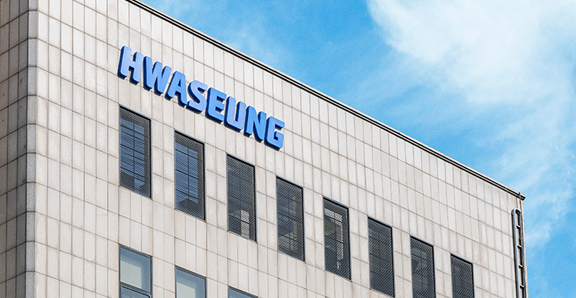 Since then, making consolidations of affiliates and intensive reconstruction of company, Hwaseung has eaded toward select and concentration management and, 7 years thereafter, Hwaseung was able to get a foothold for making a comeback. In 2005, declaring new CI and suggesting vision having keen eye while drawing its blueprint for the future, Hwaseung makes itself a promise to start a powerful soaring.

Hwaseung Group having people and ability as
its center 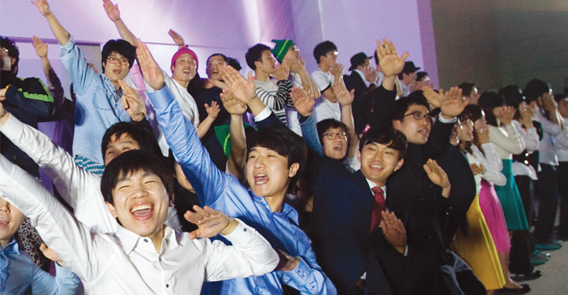 Hwaseung Group is the very company that makes dreams come true and has eople and ability as its center.

Hwaseung Group is quickly responsive to various areas all around world by setting up 5 business areas of: automobile parts as present major business; materials industry; manufacture of shoes; find chemistry; and omnibus trade. Moreover, based on global networks, Hwaseung Group adjusted the part of overseas management up to 50% and strengthened ability of overseas businesses, while it is going full speed ahead on future management by pioneering new high value business areas